Tolkien was always linguist first, fiction writer third. he didn’t put 10% as much effort in plot or characterisation as he put in language history, English hacking, phonaesthetics.

it's a curious thing that most of the fandom isn't interested in Tolkien's life work at all. I mean it's not curious that few ppl are fascinated by grammar tables and etymological lists; what's curious is that the support objects he made merely to flesh out the languages attracted so much interest.

This creates something I call the Tolkien hallucinatory effect, where many readers seem to leave th books with the impression that Tolkien is an exceptionally descriptive writer, when in the actual text he's about the least descriptive fantasy writer I've ever seen. He's in fact a master of the lost art of "tell don't show" fiction, leaving the physical details for the imagination. We never find out even what ppl wear in the Middle Earth.

Tolkien: "Bilbo sat in his comfortable chair." (is it puffy? firm? leather? silk? green? brown? is the wood clear or dark, or not wood at all? pillows? embroidered cover? we never learn – deliberately. "comfortable" is all you're ever getting.)

Tolkien readers: "LotR is fine but it’s boring to plow through because he’s so descriptive."

of course there _is_ a wealth of detail in LotR, even more in the rest of his work of which LotR is just a diversion; but the emphasis is not on description, but in song, poetry, myth, locution etc. there’s a reason why hobbit-places have English names like "The Water" but Bree gets Brythonic. why Palantír and Minas Tirith share a -tir element, why dwarrow- in Dwarrowdelf. but you can't see that without looking for it, so ppl imagine the detail must be elsewhere

in the end Tolkien succeeded too well at hiding his true passions (philology, phonetics, lexicology, old real-world manuscripts) in the commercial books at the bequest of publishers. had he been more upfront, he probably would end up as a little-known language artist in the tradition of William Morris, his greatest inspiration. 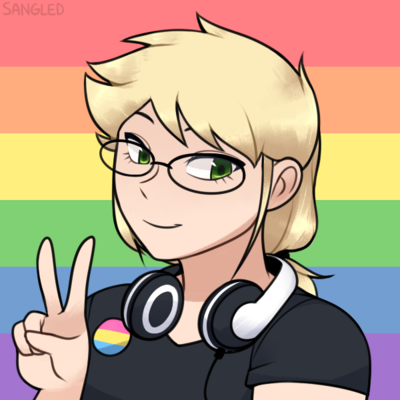 @elilla I remember argument about colour of hair of Legolas. I think it's blonde, some think it's black. And it's never actually told in the books.

@tuturto I guess ppl must be going on the fact that Legolas is a silvan elf, meaning Noldor ancestry, and the Noldor were usually dark-haired. But yeah, this says nothing about Legolas in particular.

@elilla right, that would explain it. My elven history and lore is really rusty nowdays, but I used to low that stuff when I was younger. Local library had The World of Tolkien that has all those gorgeous pictures in it and I read that so many times.

@elilla I really appreciated the Shippey take on this before I went back and re-read when reading to my older son.

@naga yeah I very much should have cited this – "The Road to Middle-Earth" is the best non-linguists’ introduction to "what the heck Tolkien was actually doing".

@naga …which you can see by the way that, with all the (richly deserved) criticism of the Hobbit movies, few people noted or cared that Bilbo’s mythically crucial thiefness (he was indeed forced into the role by fate) is downplayed and eventually erased in the adaptation.
I don’t know if the Tolkenian kind of "depth" (in Shippey’s terms) affects readers subconsciously, but at least it does provide us with a fun "post-game content" of finding out about all the stuff.

@elilla I agree it's overly optimistic. But I like the analogy of post-game content. "Oh, so that's where 'Bag End' came from."

In the LOTR text itself, the main thing I pick up on for Tolkien's actual interests is that when read aloud the songs and poems really came to life for me in a way they never did reading for myself.

And by far the best part of the Hobbit movies, IMNSHO, was the dwarves singing the Song of the Lonely Mountain.

@naga isn’t it?? I even forgot about my profound bitterness re: Jackson’s LotR when I saw the dwarven-song trailer. I actually got my hopes up… 😭 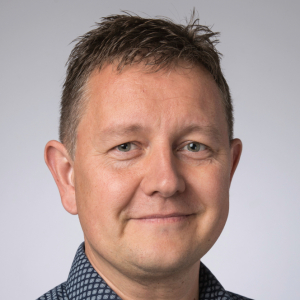 Haakon Meland Eriksen (Parlementum) @parlehaakon@elsmussols.net
I do not think this separation is all that surprising.

The non-fiction works of the scholar Tolkien versus the fiction works of author Tolkien are quite far apart as to what they are as works and who they are meant for. Many successful authors in addition to Tolkien have an academic background, i.e. Tolkien's contemporary C.S. Lewis who wrote the Narnia books, or today Margaret Atwood who wrote the Handmaid's Tale, and fans do not read their academic works either.

Tolkien is perhaps more of an outlier amongst dual domain writers, because both sets of his of works - the academic and the fantasy - are perhaps more intertwined than that of other authors? I am not familiar enough with the subject matter of other fiction-academic writers to tell.

the support objects he made merely to flesh out the languages

, is making too little of Tolkien's non-fiction works. It has been said about the stories that made up The Silmarillion that Tolkien wanted them

to become an English mythology that would explain the origins of English history and culture.

, which would be a secondary reason, but which seems like utter nonsense to me, except maybe as a grand metaphor. That would be like Hans Christian Andersen believing Charles Dickens would like him staying in his house and behave oddly for five weeks. Oh, bad example, he did and Dickens did not like it. Maybe Tolkien was a wack-job too, but I do not buy that.

I think Tolkien was a scholar by day and a fantasy author by night, who used his vast academic training to plug plot holes in his fantasy world - and not the other way round, which does not make sense at all. He was a linguist, specializing in old Norse and old English languages and literature, like Beowulf and the Icelandic sagas. When he needed an elf, his academic background kicked in - the elf must have language, language is formed by a culture's history, so there must be an elf history and an elf culture, with music and dances and songs and a melody going into this elf language. This exactly the same way current authors work today - they research the environment of their characters to create a believable story within the realm of the fiction itself, because it makes for a more enjoyable story if suspension of disbelief is kept up till the story is done. The effort Tolkien put into this is quite remarkable or really weird depending on your point of view, given the vast canvas of time and space of an utterly fictional fantasy world he created, but I think his readers are grateful he did - I know I am.

Plot hole plugging aside by a slightly obsessive linguist - or more nicely - using what you know to write, having read quite a bit by the dynamic duo J.R.R. Tolkien-or-is-it-Christopher Tolkien-who-can-tell (NLP Python to the rescue), the fiction's main narrative thread is bubbling with life and character, and not burdened with the vast backstory, this is only hinted at throughout. If you skip the foreword and the appendices of the Lord of The Ring, it is just like skipping the yellow introductory text at the beginning of each Star Wars episode, and then it is action all the way. This makes The Hobbit and LOTR even more impressing to me, the balance, because it is easy to get carried away, as is way too apparent in this comment, so I will stop now and wish everyone a grand day, hopefully with either a copy of Tolkien's academic or fiction work nearby.
1
Jul 21, 2020, 08:23

@parlehaakon that is exactly backwards – it's not that the elves must have a language, therefore one is created; it's that the language must have a people, therefore elves are created. LotR and the whole mythology are, in Tolkien's own words, "an essay on linguistic aesthetics"; "I am a philologist and all my work is philological"; "The 'stories' were made rather to provide a world for the languages than the reverse. To me a name comes first and the story follows."

@parlehaakon when I say that Tolkien is a linguist first, fiction writer third, I'm not talking about his scholarly articles; I'm talking of the works of expert philology called LotR, Silmarillion, and the wealth of material we find in the History of Middle-Earth, the Vinyar Tengwar etc.

and the curious thing is that so many fans are fans of the secondary objects (the stories) without even noticing his life-work and most detailed creation (the languages).

@parlehaakon he details the steps his process in "A Secret Vice":

1. the creation of aesthetically pleasing sound-forms;
2. a sense of fitness between sound and meaning;
3. elaboration of indigenous grammar;
and as a last step, 4. a fictional historical background for the language, especially to track its change over time, contact influences etc.

Elves exist because Tolkien disliked the "deadness" of history-less conlangs like Esperanto.

@parlehaakon the way this plays out in the stories – not just in his own languages but in what he does with English – are explored by fellow philologist Shippey in "Road to Middle-Earth".

Other writers have put their expertise in fiction, e.g. Le Guin as creative anthropology. But creative linguistics is special because stories are _made of_ words. Tolkien is like a musician creating his own instruments, his own invented scales and harmonies.

Haakon Meland Eriksen (Parlementum) @parlehaakon@elsmussols.net
@elilla You are right, my mistake. I added a link at the end of my comment to corrected info 14 days ago, but maybe the update did not reach you. Given how little of the invented languages actually made it into Tolkien's voluminous works, I still think he enjoyed story-telling more than he let on, and I am OK with that mistake also being on me. :-)
0
Sign in to participate in the conversation